The founder of Lerab Ling

Sogyal Rinpoche is the author of the highly acclaimed The Tibetan Book of Living and Dying and the founder of Rigpa, an international network of Buddhist centres and groups. He also founded two retreat centres— Lerab Ling in France and Dzogchen Beara in Ireland.

Born in Eastern Tibet, Sogyal Rinpoche was recognized at an early age as the incarnation of Tertön Sogyal Lerab Lingpa, a renowned mystic and saint who was also teacher to the Thirteenth Dalai Lama. Rinpoche received the traditional training of a Tibetan lama under the close supervision of Jamyang Khyentse Chökyi Lodrö, one of the most outstanding spiritual masters of the twentieth century, who raised him like his very own son.

Rinpoche went on to study with many other teachers from all schools of Tibetan Buddhism, especially Dudjom Rinpoche and Dilgo Khyentse Rinpoche. First as a translator and aide to his revered masters and then teaching in his own right, he visited many countries, observing the reality of individuals’ lives, and seeking to make the Tibetan Buddhist teachings relevant and meaningful to people today.

Out of this was born his unique style of teaching and his acute ability to attune the teachings to modern life, demonstrated so vividly in his groundbreaking book, The Tibetan Book of Living and Dying.

Sogyal Rinpoche dedicated his life to establishing the Buddhist path in the West, and especially the study and practice of Dzogchen, the Great Perfection. He taught for over forty-five years and founded the international network of Buddhist centres and groups to which he gave the name Rigpa. An inspirational and charismatic figure, Sogyal Rinpoche was known for the way he would connect personally and directly with his audience, challenge people’s assumptions and habits and teach in response to the needs of the moment. He left a unique body of instructions that reveal how the compassion and wisdom taught by Buddha can be used practically in everyday life and work. And Rinpoche’s revolutionary vision for end-of-life care has been adopted by institutions and groups of various kinds, educational, medical and spiritual.

After forty years as Spiritual Director of Rigpa, Sogyal Rinpoche stepped down following accusations of misconduct from former students. He passed away in August 2019. The legacy of his Dharma work continues to be upheld today by his students, many of whom are highly respected practitioners, teachers, scholars, and translators of Tibetan Buddhism.

The community that he founded, Rigpa, continues to thrive to this day, offering courses, seminars and retreats to anyone who is interested in exploring the profound wisdom and powerful methods of Tibetan Buddhism. These programmes are led by Rigpa’s teachers and instructors and by visiting teachers and lamas, especially from the Nyingma (‘Ancient’) lineage of Tibetan Buddhism. 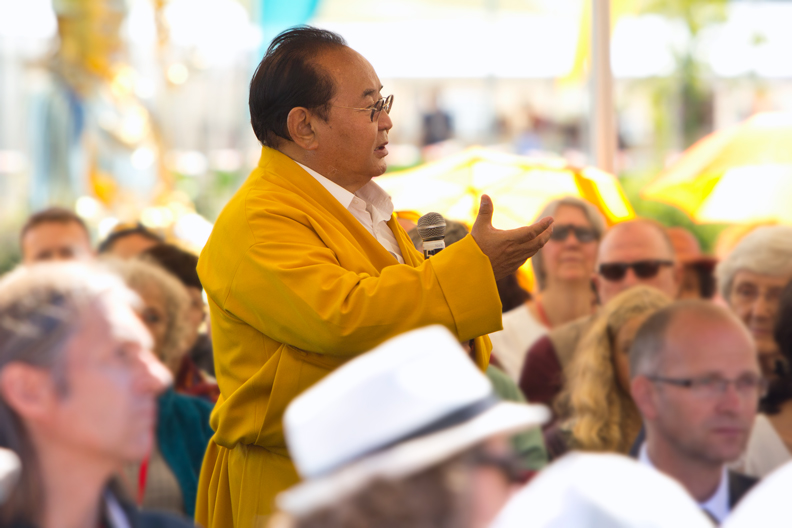 How to find us

Stay informed about Lerab Ling’s programme of events, courses and activities by signing up for our monthly newsletter. You can unsubscribe at any time...

Lerab Ling, under the patronage of His Holiness the Dalai Lama, is one of the main centres preserving the authentic study and practice of Tibetan Buddhism. Founded in 1991...