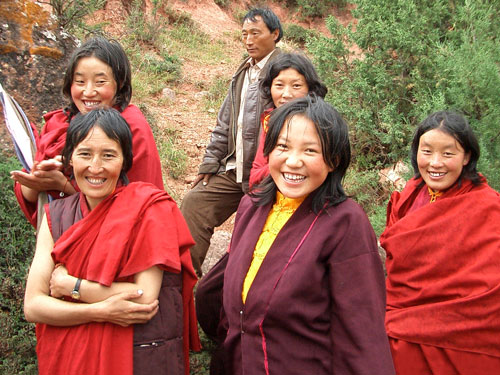 The association is held by a team of volunteers and its running costs are entirely covered by the sales from our Boutique which allows the full amount of donations to be sent directly to the recipient communities. Art’Tibet is not involved in any political activities. Founded in 2001, Art'Tibet oversees four projects:

Since 2015 Art’Tibet is supporting the clinic with the aim to improve its health care facilities which include the renovation of the surgeries, construction of a surgery unit, purchase of medical equipment as well as further training for the medical staff. More information: www.art-tibet.org

This email address is being protected from spambots. You need JavaScript enabled to view it.

Stay informed about Lerab Ling’s programme of events, courses and activities by signing up for our monthly newsletter. You can unsubscribe at any time...

Lerab Ling, under the patronage of His Holiness the Dalai Lama, is one of the main centres preserving the authentic study and practice of Tibetan Buddhism. Founded in 1991...